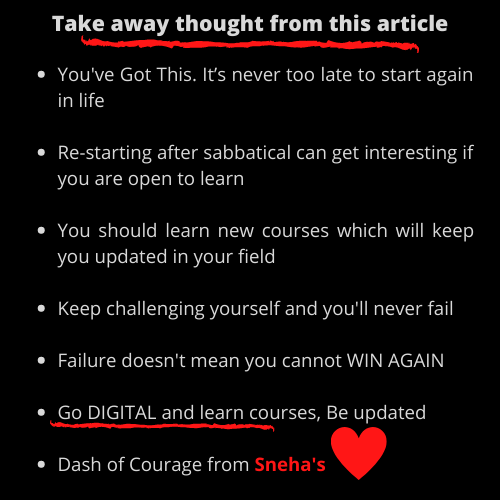 If you can be patient (though much to demand these days) and read a little about how I started my professional journey, you will be able to understand this post. It is about how I am continuing to change and adapt to new situations due to my different job roles and managing to survive in this digital era.
I am always stretching myself beyond my boundaries to see what's on the other side. I draw my inspiration from a motivational speech I heard or read somewhere (yes, I don't remember & am old). It talked about Colonel Sanders who started at 65. I am still 20 years younger than him!
Way back in 1993, I was hired as an intern to assist the Sampling Head, my first mentor, at Shakumbhari Exports. For some reason, he has not mentioned his short tenure at Shakumbhari in the public domain. I realized, much later, that it was a stop-gap for him before he joined a very well-known multi-national company. So, I will respect his decision and not mention his name or company here.
However, I must mention that I feel lucky to be at the right place at the right time. My tenure at Shakumbhari taught me a few life lessons which I might not forget, ever. Most of it was related to people management (will talk about it in some other post).

I take pride in sharing that I successfully replaced my boss in the next five-six (1994-2000) years. My work was liked and appreciated by the designers of the importer companies like - Town and Country Linen (TnC), JC Penny, and S. Hayim & Company (went into Chapter 11 later).

Here I should mention one designer by the name of Sally whom I could not find on Google, by the way. She showered me with great love and duly praised my work in front of our (Shakumbhari's) competitors. Much so that some exporters even tried contacting me to check if I would want to join their organization. I somehow became a well-known designer (in Panipat) whose "Pitloom Rug samples always got selected for production".

So, I just had to play around with dyed yarns and create new rugs' designs with excellent color combinations. My job was to execute the paper designs we received into beautiful durries and or cotton rugs, mats etc.
During my tenure at Shakumbhari, all clerical work like a letter, faxes, emails were taken care of by the documentation department. There were two-three typists to whom we would give drafts. They would do the needful. We just had to provide the names and the addresses where they had to put "Kind Attention" and then they went on to "beg to say" what we asked them to convey! Luckily for me, I never had to learn typing nor had to sit in front of a computer/monitor.
I took a break from my job (2004-2012) after my second miracle was born in the form of a baby girl.

Come 2012, and my long parenting sabbatical ended abruptly. I landed a job opportunity with my sister's help. Guess what? After a long break of raising two kids, read - untimely sleeping, eating leftover Ceralac & mashed everything, my new job (9 am to 6 pm) was to sit in front of a computer and find polished people on a portal by the name of naukri.com. It was a completely new ONLINE world that I was not aware of earlier. I felt what I thought boring in the 90s is what I will have to learn now. Yes, that time (the 90s), I used to think, "How can these girls sit for long hours and type something the whole day? How can they keep staring at that blue screen?!"

Coming back to 2012, I had to learn typing, word, excel, internet, router, modem...all alien for a designer of a mid-size export house in the 90s.
On top of that, I had to learn how to sit on a chair the whole day. Only a Textile Designer can understand what I mean. This is what the yarn godown used to look like. The photo below, I copy-pasted from Google since I do not have any photographs of my own (hope I am not sounding from the stone age). But Shakumbhari's godown was very much similar to this photo. 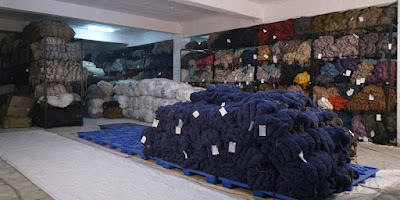 2012: Joined as a Recruiter not knowing my exact KRAs and type of work I would be doing. Thought of giving it a shot. It is a proprietor driven Executive Search Firm.
Everything was now about MS Excels, screening resumes, line-ups, portal search for the right candidate, follow-ups, target sheets, closure lists. All done by sitting all day in front of the same box with the same blue screen of the 90s [but] in their better-looking versions aka LED monitors!
I had quite a hard time learning recruitment because I had to, additionally, learn typing and MS office too. My colleagues were all half my age and helped me a lot, barring a few. Before joining this small firm in 2012, the only online activity I had been doing was, rarely, logging into my FB account which my sister had created for me.
2015: I joined an international journalist as a Research Associate and did primary and secondary research, conducted for pre-investment due diligence assignments. Again, sitting in front of the monitor the whole day. Long hours in front of the monitor had their drawbacks too. Backaches or Cervical spondylosis became a new topic of discussion I started having in my family gatherings (with pride). As if the one having more pain, will be awarded or given an oscar.
2017: I joined my current organization and was again on an untrodden path. This time it was the share market. I had ZERO knowledge about it. I was hired to handle the Lead Management System CRM platform the company had recently moved on to. So I began from scratch where we transferred the whole data from excels to the new software.
While, I had come to terms with being online, in fact now addicted to (wait, I have my reasons), I had a new challenge waiting for me. As I had just started feeling comfortable with being online, I found overwhelming fear of being robbed online. Though, I was not doing any transactions online, not installed any payment apps yet. It was just not acceptable for me to do anything related to online transactions on my laptop or smartphone (another nuisance for some time).
2019: As if modem & router were not enough...I started hearing other new jargon and found myself Googling afterward. Those alarming abbreviations were PPC, SMM, SEO, SEM, etc.
The designer/mother/housewife in me felt cheated. Like I was thrown back in 2012 again. Sometimes, I envied the women who stayed at home and not have to sit and learn in front of a blue screen to be "on-page" with everyone around (half my age).
2020: I decided to overcome the challenge by enrolling in the Digital Marketing course. Offline - Yes, you guessed it right! Online was intimidating for me. The first obstacle was me & myself. I just believed and thought in my overworking brain, "I would not understand anything in an online course. They will not teach me everything and will extract extra bucks for the syllabus (modules) they will not complete!" However, I am thankful Digital Vidya proved me wrong.
COVID 19: Corona (Karona) came and my offline DM course came tumbling down. I had to do what I did not want in the first place i.e. enroll in the Digital Vidya online course in place of the offline course of DSIM (acquired by Digital Vidya).
To be continued...
Digital Marketing

Unknown said…
Sounds so unassuming and very personal account so truthfully stated. So well expressed indeed. Your thoughts on "People Management" after so much diverse experience will definitely be very inspiring. Looking forward to reading them.
To restart life after a longish break itself is creditable. Best wishes.
January 29, 2021 at 1:05 PM

What is marketing research 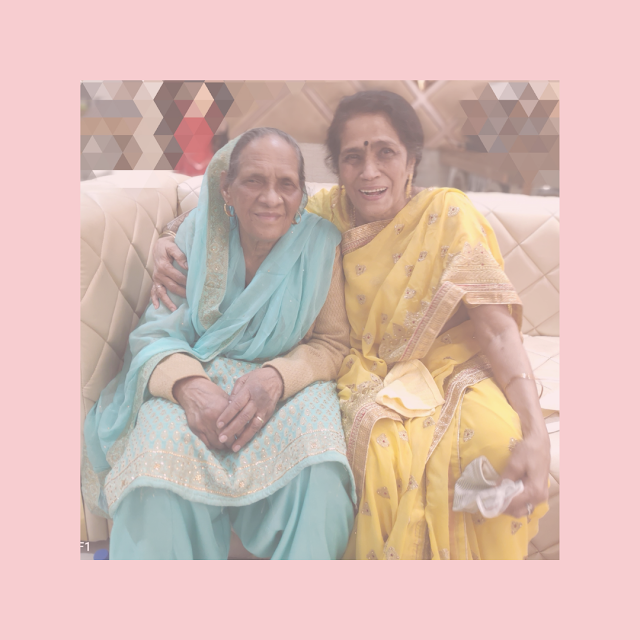 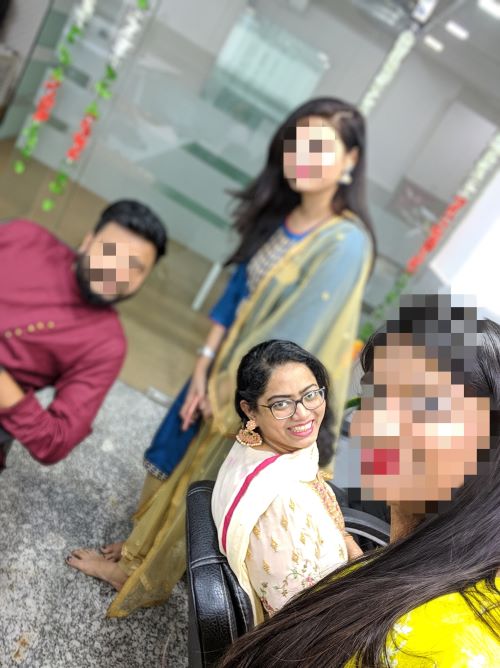 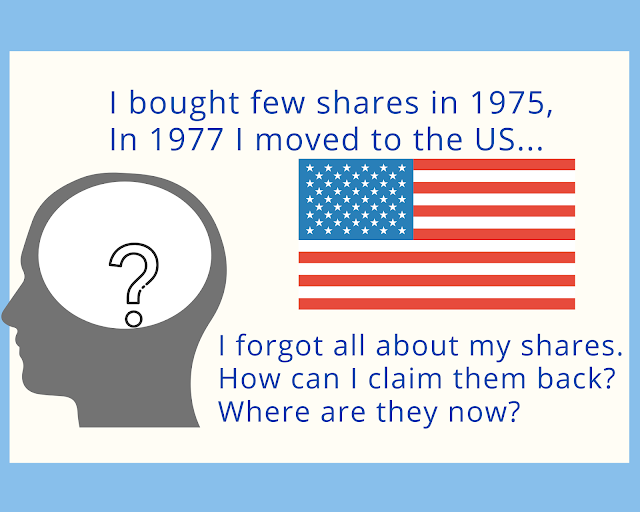